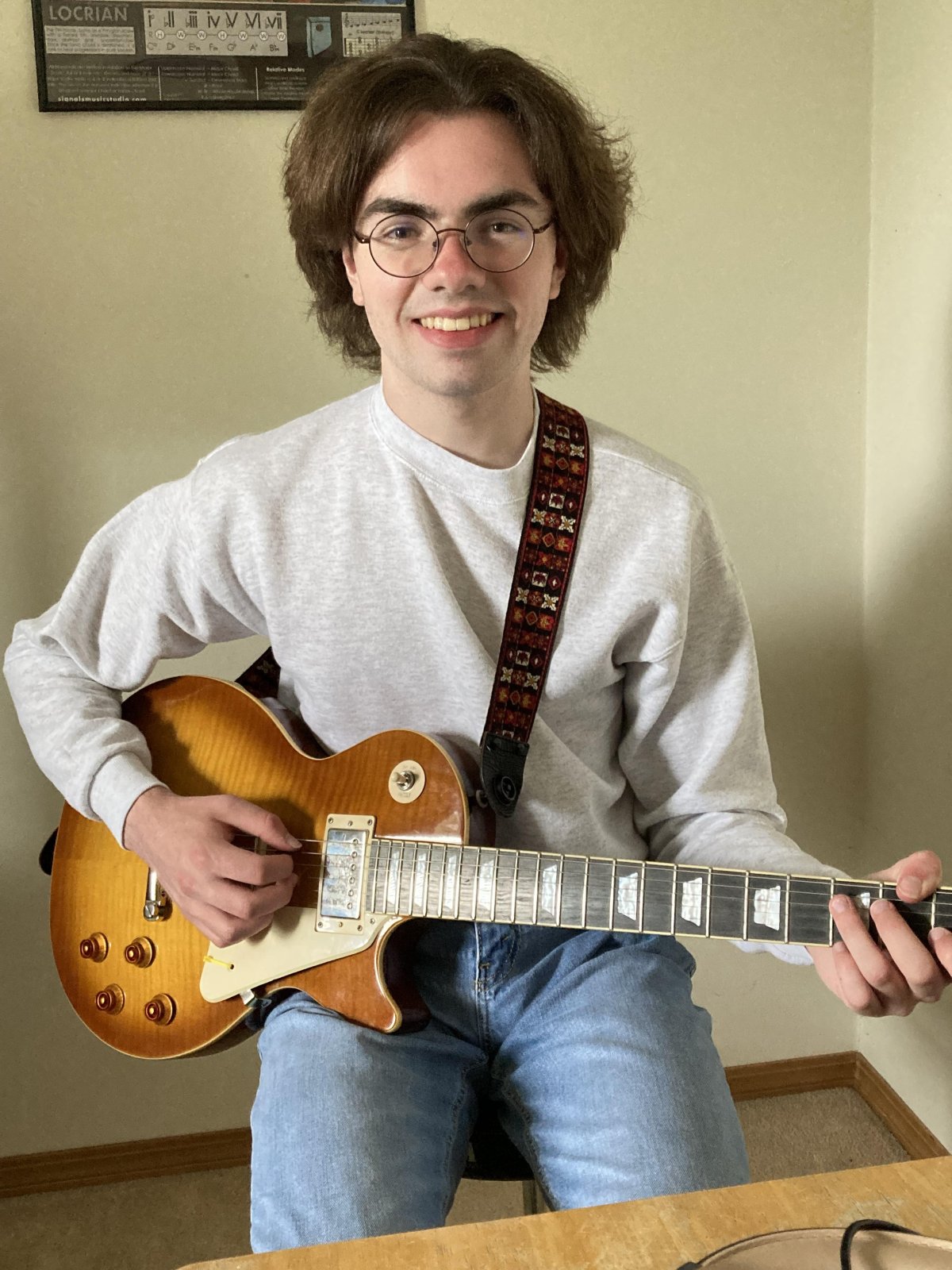 I am a senior at Preble High School and have been playing guitar for over six years. I play electric, acoustic, nylon string, and bass guitars. I started taking guitar lessons from Matt Hayes at Instrumental Music, and then Dan Weaver from 2017 until 2022. I have participated in many of Dan’s guitar recitals. I am in numerous extracurricular activities involving music. This includes Preble’s jazz band. I also played in the pit orchestra for Preble High School's 2022 musical production of “Sister Act”, and our pit was awarded with Outstanding Student Pit Orchestra by the Center Stage High School Musical Theater Program. In addition, I played guitar for Preble’s Center Stage Show Choir combo band, and we were recently awarded with the Best Show Choir Band Award at New London Singtastic and Southwest High School. I am also in a band with two other friends from my school called Swap Meet—the band name refers to how each member of the band is a multi-instrumentalist and swaps instruments for certain songs—and I am the guitar player and lead vocalist. We’ve been asked to play gigs for school events, graduation parties, and birthday parties, and we have a strong reputation at our school, though we only formed in 2022. I have had many other guitar performances. I once had a solo performance at the Green Bay Botanical Gardens. I have participated in the WSMA Solo Ensemble every year since 2018; I went to state three times over the years for my classical guitar solos. I have also performed the national anthem solo on electric guitar at the Dick Lytie Classic for runners to start the race in 2019 and 2022.

My ultimate goal with being a teacher is I want to make learning how to play guitar seem fun, and not like a chore. I will start off the first lesson with each of my students by asking them what are some feasible goals that they can set for themselves with learning guitar, and over time once they reach those goals, I will ask them the same question but the next goal they set for themselves would be a bit more challenging than the previous one. I also want to get to know my students by asking them what their favorite music is (whether that is songs, albums, artists, or genres) and if they would want to learn any of their favorite music. If so, I would teach them how to play it. Some fundamental concepts that I will teach my beginner students include basic chords (triads), the pentatonic scales, reading standard music notation and tablature, essential music theory, etc. For more advanced students, I will teach them modes, chords with more than three notes, tapping, legato, hybrid picking, etc. Being a musician, no matter what instrument you play, it is incredibly rewarding because it gives you so many opportunities. I’m hoping that I can give my students the inspiration to pursue the guitar as an instrument by revealing to them the benefits of being a musician.